An alumnus of Yeshiva University High School for Boys, and Yeshiva University as both an undergraduate and doctoral student, Halpert enters the 2013-14 season with 409 victories which puts him in exclusive company with: Carnesecca (526); Howard Cann (NYU; 429); Joe Nesci (NYU; 424); Nat Holman (CCNY; 423); Ray Rankis (Baruch; 419); and Claire Bee (Rider/LIU Brooklyn; 412).

Halpert has been the subject of numerous articles in the New York media, as well a feature piece on ESPN in early 1997. He received a pair of Skyline Conference Coach of the Year awards (1999-00, 2009-10), as well as the National Association of Basketball Coaches (NABC) “Guardians of the Game” honor in 2003-04. The Metropolitan Basketball Writers Association (MBWA) bestowed on him its “Good Guy” award in 1997-98, and he led YU to a pair of College Basketball Officials Association (CBOA) Sportsmanship Awards in 1979-80 and 1996-97. During his illustrious career, Halpert has coached over 300 student-athletes, including five father/son pairs.

Halpert received his BA and BHL (Bachelor of Hebrew literature) degrees from Yeshiva in 1966. He went on to earn a master’s degree in 1967 from New York University in Educational Psychology and a Ph.D. in 1978 from Yeshiva University’s Ferkauf Graduate School of Humanities and Social Sciences, with a concentration in mental retardation. He served for twenty-five years as the CEO of Camelot, a not-for-profit social service agency that provided residential, transportation and day-program services for developmentally disabled and traumatic brain injured adults.

Halpert resides in Flushing, N.Y. with his wife, Aviva. The couple are the proud parents of Tzippora and David Baratz; Ariella and Jonah Kaszovitz; Tzofit and Jason Goldfarb; Yehuda and Shoshana Halpert; and Rafi and Michelle Halpert as well as the proud grandparents of 20 grandchildren. 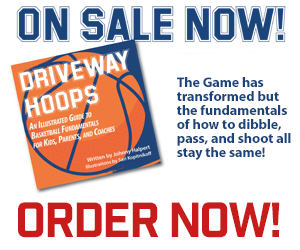 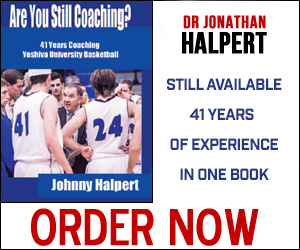